Of Seinfeld and Anti-Semitism 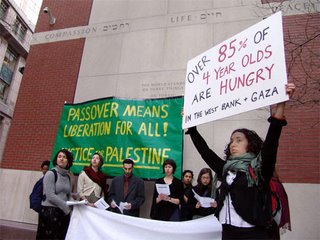 I wouldn’t call myself a television junkie. Nowadays I don’t care for anything that is on television. But there use to be a show that I loved, Seinfeld.

A friend and I would always go around quoting whole scenes of the show. I recall one of my favorite moments on the program. It involved the lead character played by Jerry Seinfeld and his Uncle Leo. The two of them are sitting in the same booth that all the characters on the show sit at.

Jerry is trying to convince his uncle to take in Jerry’s parents, who have come for a visit to New York from Florida. Jerry feels that his mom and dad living with him are violating his “Buffer Zone” of separation that he has painstakingly taken years to cultivate. He doesn’t mind them visiting, but staying with him that is a different story.

So, he takes his Uncle Leo out to lunch at the coffee shop to convince him to let his parents stay at Leo’s.

Now, while the two of them are sitting in the booth, Jerry is trying to find the right way to broach the subject with his uncle, who is about to eat his hamburger that he has ordered. As Jerry is talking, Uncle Leo bites into his hamburger and throws it back onto his plate in disgust. The following dialogue is paraphrased but you should get the gist of it:

UNCLE LEO: I told them medium rare, this is medium!

UNCLE LEO: No it wasn’t. I’ll bet the cook is an Anti-Semite!

JERRY: Okay let’s get back to the issue at hand before Goebbels made your hamburger!”

Later on the episode, Jerry is on a television talk show. The host of the show asks Jerry about some people that are waiting for him in the guest room. Jerry explains that they are some of his family and that they are a bit odd. He then goes on to say that his Uncle Leo is “one of these guys who blame everything on Anti-Semitism.” Jerry goes on to list a slew of innocuous incidents that Uncle Leo would equate with Anti-Semitism:

“The guy at the car wash didn’t clean the hubcaps, Anti-Semite!”

“The girl at the checkout counter charged me forty cents more for a coke and the last time it was free, Anti-Semite!”

“Vending machine didn’t give me the cookies I wanted, Anti-Semite!”

You get the idea.

So what is the point to all this you might ask? Well, there is no point I just love the show. No seriously, there is a point.

In yesterday’s addition of Ha'aretz, Sweden called off its participation in international air force exercises to take place in Italy next month because of the involvement of the Israeli Air Forces in the drills.

A Swedish Foreign Ministry official was quoted as saying, “The point of the operation is to prepare for international cooperation in preserving world peace. The participation of the Israeli air force changes the prerequisites of the drill.”

Not to be out done, the national Religious Party Chairman MK Zevulun Orlev, called Sweden’s decision (Wait for it.) ANTI-SEMETIC! Orlev went on to say, “Just a day after commemoration of Holocaust Remembrance Day, an enlightened nation has risen and surrendered to the Islamic axis of evil.”

Well, there you have it folks. Once again when someone decides to call Israel out on it’s human rights abuses of firing into civilian populations maiming and killing Palestinian women and children; Virtually holding an entire population captive without freedom of movement, and allowing a concerted effort of collective punishment that places The West Bank and Gaza on the brink of collapse, this is viewed as Anti-Semitic.

I can just see MK Zevulun Orlev now, sitting down at some deli just going off on everyone:

“Those ‘so-called’ Jews who denounce the ‘Neighborhoods’ built on Palestinian land, Anti-Semites!”

“Anyone who says anything wrong about Israel in any way, shape or form, Anti-Semite!”

If I didn’t know better, I’d swear someone in the Israeli Knesset plays Uncle Leo’s character.
Posted by Christopher Brown at 2:07 PM

There were several other countries involved who are presumed guilty of human rights abuse. Yet only Israel was called out.

Makes you wonder what point Sweden is trying to make. Perhaps they were afraid of an Arab backlash.

just stumbled on this site by coincidence.. and really like the comparison. very good point made.
and Ibrahamav- yes, every country in the world abuses human rights today, but we're talking about a genocide here, and 60 years of it! but your post ist good, because it also shows, that the moment someone criticises israel, those in denial have to bring up an arab country.. and of course the fact that it is indeed true, because otherwise you would be able to make a point here other than just pointing your finger at someone else.

Seinfeld is very interesting show. i always Watch Seinfeld Online. Its all episodes are best. I like it so much. I watch its all episodes.

Where do you get the idea that Israel is firing into civilian populations? And since when is Israel maiming and killing Palestinian women and children? I'd like to know your sources for these claims.
And I don't care if this blog post is 6 years old, I want to know what the sources are for these lies you are spreading out of ignorance.

Really? What planet do you live on? Where do you get your news? Let me guess Israel, no, the US. Figures. To the world contrary to your bilief you have the most controlled media in the western world and you are always the ones that are mostly fed the official propaganda.The whole world knows about the genocide or holocaust in the occupied territories by Israel. Check foreign media that has English translations like Voltaire, RT, better check the prestigious Human Rights Watch website. There is a saying here in LatinAmerica the foreign (press) version or the official version.

It is less likely that Anonymous1 is ignorant than that s/he is lying. Sources abound. Ethnonationalism is colonization, colonization requires terrorism.